High-rise office campus is in the works for $1.5 billion Grandscape project 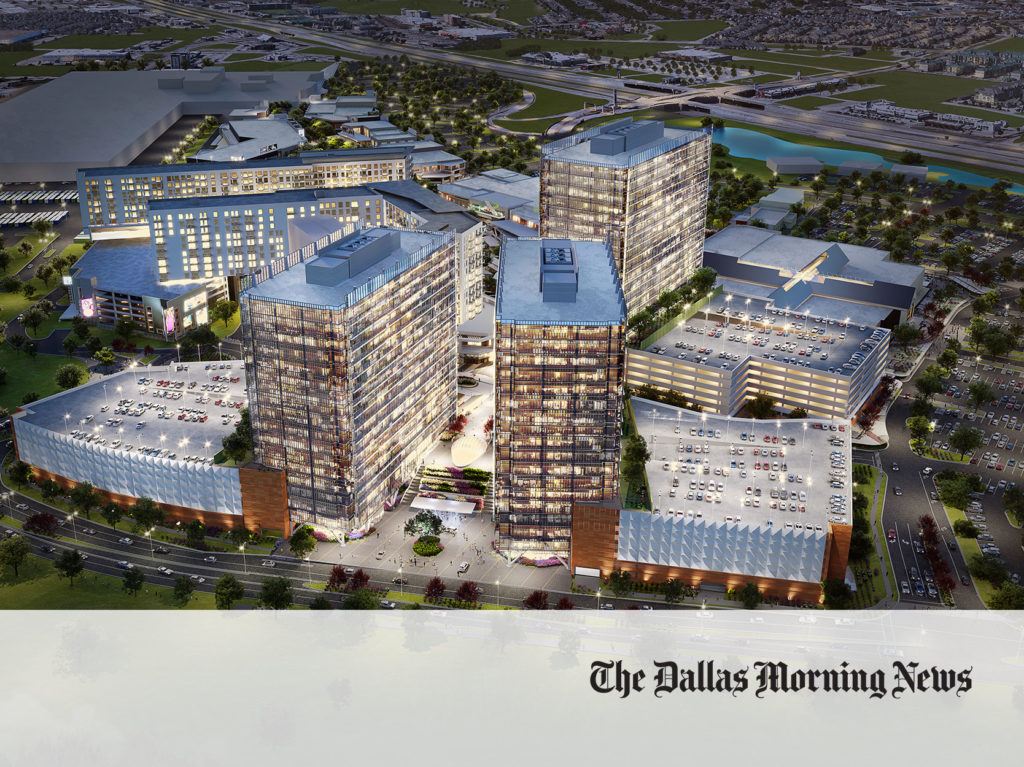 One of the biggest mixed-use projects in Dallas’ northern suburbs is poised to grow again with a huge office campus.

Developer Cawley Partners is teaming up with Warren Buffet’s Grandscape developers to build more than 1.5 million square feet of offices in the development on State Highway 121.

Cawley, which is already one of North Texas’ busiest office builders, is planning three, 500,000-square-foot, 17-story office towers in the Grandscape project, which is anchored by Buffet’s Nebraska Furniture Mart superstore.

The $1.5 billion Grandscape development in The Colony stretches across 400 acres on the south side of S.H. 121 and includes additional shopping, hotels and apartments.

“Grandscape is just a mile west of Legacy West, and we think it’s the next logical move for companies that need office space,” said developer Bill Cawley. “Grandscape has already raised the bar for engaging dining, entertainment and family experiences, and corporate users are going to gravitate to this dynamic project.”

“Our team has traveled all over the world to bring in the best mix of experiences to Grandscape, and we are very excited that corporate America will now have the opportunity to enjoy it on a daily basis,” Jeff Lind, president of Grandscape, said in a statement about the new office venture with Cawley Partners.