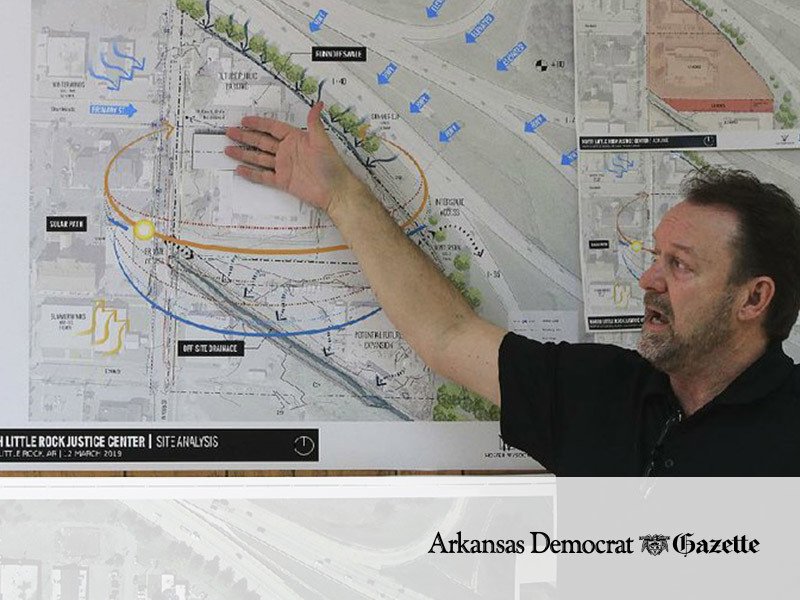 Design team members planning North Little Rock’s $30 million police and courts building are spending four days working with police administrators and judges to determine what will best meet their wants and needs for a headquarters that’s intended to last the next half-century.

Employees of Hoefer Welker, an architectural, planning and interior design company from Leawood, Kan., a Kansas City suburb, spent day and evening hours hearing ideas. They then refined them and progressed with what the tentatively named North Little Rock Justice Building could look like and feature.

A few city, police and courts administration members, along with print media representatives, were invited Thursday to preview the architects’ early work in a conference room at the Police and Fire Training Building. Preliminary drawings, photos of several North Little Rock buildings and other more-modern police buildings covered much of the walls.

An interactive three-dimensional presentation showed the changing conceptual designs, something North Little Rock Police Chief Mike Davis said was a first for him to see, after three days of talks. The design team will leave this afternoon.

“The video was done last night, just based on our conversations,” Davis said of the inclusive process during what he called a “four-day charette” between his department and the design team, and the long hours the team had put in while in the city.

Ken Henton, a Hoefer Welker partner, said the design team members drew from their conversations with police and courts personnel to come up with evolving ideas, “rearranging rooms like puzzle pieces” to see what would work best.

“They’ve been here three or four times already,” Davis said. “They’ve met with every division within the department.”