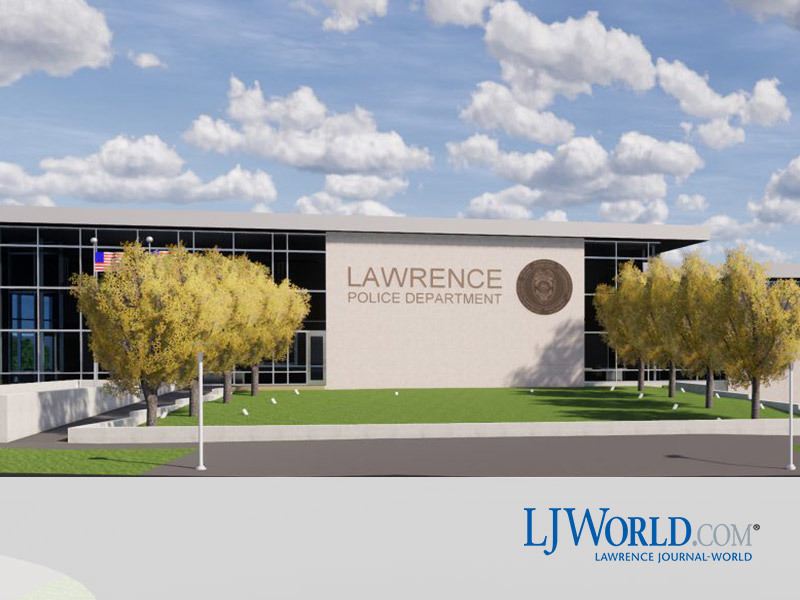 The design of the city’s new $18.5 million police headquarters has been revealed, and officials say the building — which will be energy efficient and surrounded by parkland — will be an asset for police and the public.

Police Captain Anthony Brixius said the police department is excited about the function and the look of the headquarters, as well as the way public access to police is improved by the building’s location within a public park and the design of the building itself.

“I think it’s going to be a really a great community space and will bring a lot of people together,” Brixius said.

The approximately 50,000-square-foot building will let the department move out of the downtown Judicial and Law Enforcement Center, which it shares with Douglas County District Court and the Douglas County Sheriff’s Office.

The new building will house the police department’s patrol, records, IT, evidence and administration divisions. About 20 percent of the building will be partially finished space that could allow the department’s investigations division to locate in the headquarters in the future.

In August, the Lawrence City Commission authorized a $1.35 million architectural services contract with Leawood firm Hoefer Welker for the police headquarters. The headquarters will be built on undeveloped land owned by the city near Sixth Street and Wakarusa Drive, and the site plan also includes a city park. A plan for the park has also been completed, but that project is not yet funded.

Municipal Services and Operations Assistant Director Melinda Harger said that, in line with direction from the City Commission, the design of the headquarters focused on energy efficiency. That includes mechanical systems that are 30 percent more efficient than the building code minimum, 100 percent LED lighting with motion controls, large overhangs for shading, a reflective roof and continuous insulation, according to a memo to the commission.

“There is a lot of day-lighting, and some nice glazing for the exterior walls so it allows all that daylight in and allows some really nice views of all those mature trees that we’re keeping on the site,” Harger said.

Other green building elements noted in the memo include the use of local and regional building materials, utilization of the existing streambed for storm water detention and the use of nonirrigated, natural landscaping on the majority of the site.