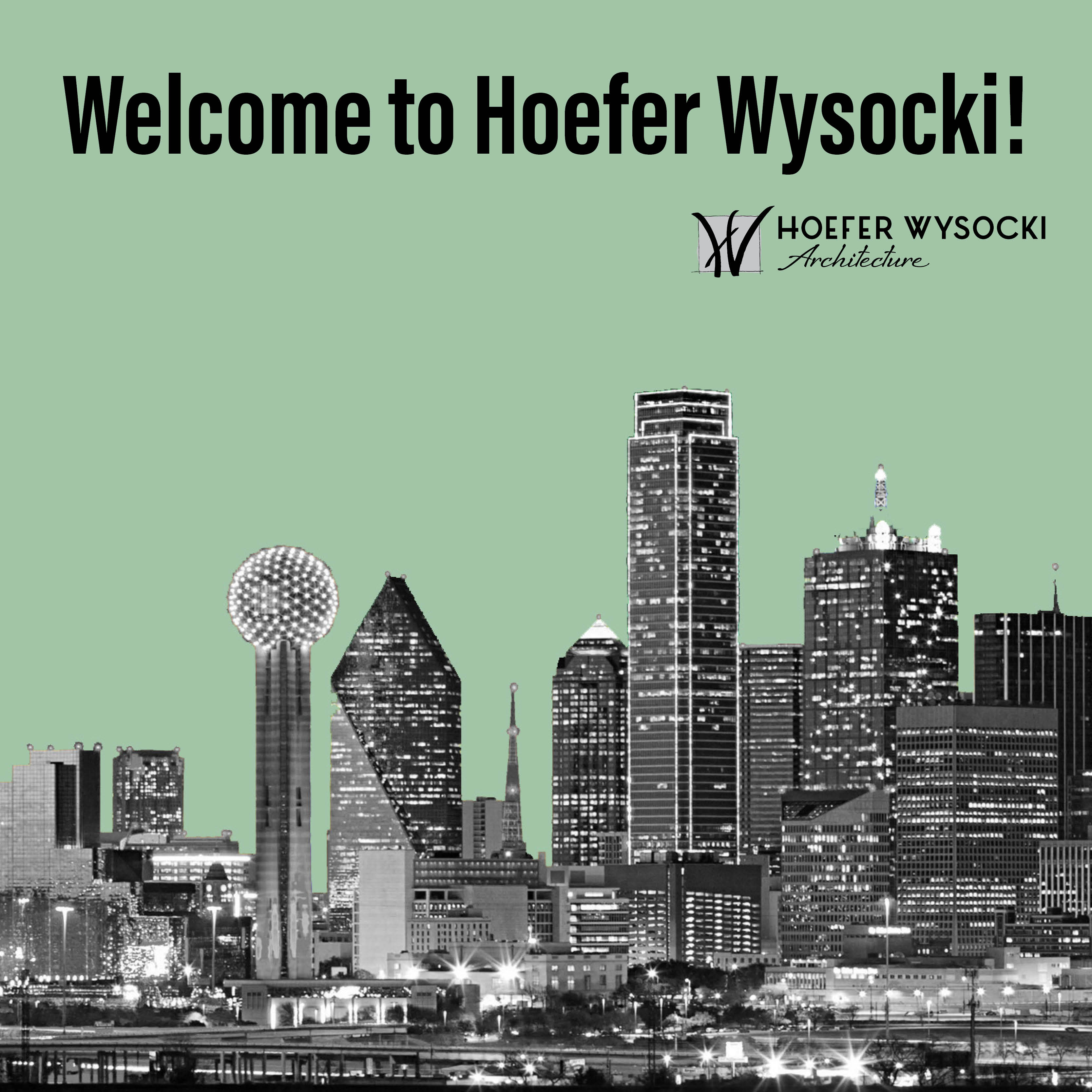 Summer officially began this week, which means more students are looking forward to starting their summer internships with Hoefer Welker. So of course, Hoefer Welker would like to partake in another celebratory #WelcomeWednesday! This week we are spotlighting two interns from our Dallas office, Patricia Moriel and Jason Jirele.

Moriel, who will be a senior at Irma Rangel High school, is testing out the architecture waters, deciding if this is truly the major for her. She enjoys drawing, painting, and playing tennis in her free time. Moriel chose Hoefer Welker, “because of the different careers it has to offer as well as the friendly work environment.” We are excited Moriel is allowing us to introduce her to the architecture world, and we look forward to a productive summer together.

Jirele, entering his fourth year at Kansas State University, is another architecture intern. Jirele has a secret passion for cooking, particularly pizza and pasta. However, he doesn’t get to cook as often as he would like. If you don’t run into Jirele in the kitchen, you will likely run into him at an airport, because he loves traveling –hello people, he moved to Dallas for the summer. Jirele chose Hoefer Welker in Dallas because, “the firm is experiencing a lot of growth.” We are enjoying having Jirele as part of our team, and we know his hard work and determination will produce some innovative work.