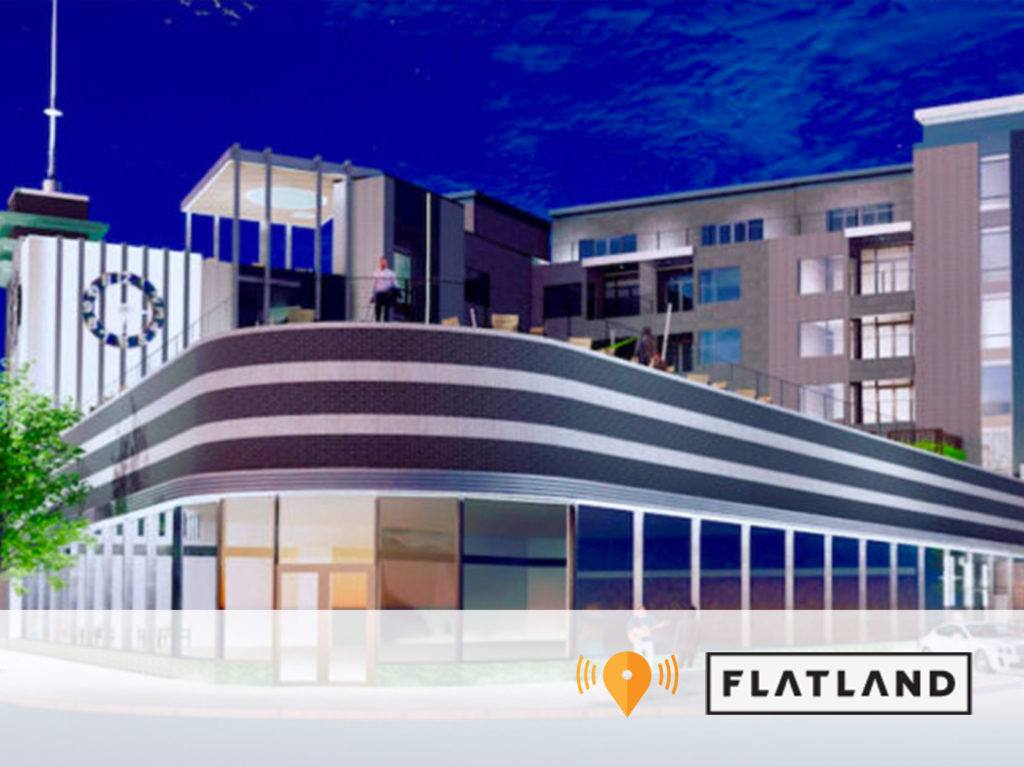 The iconic Katz Drug Store at Westport Road and Main Street would be saved as the centerpiece of a 192-unit apartment project proposed by a St. Louis firm, the latest in a wave of streetcar-related development announcements.

Lux Living wants to build the six-story apartment project on the surface parking lot behind the historic building and reuse the former drugstore as an amenity center for the residents, including adding a rooftop pool.

The estimated value of the proposed development is between $50 million and $70 million.

“We like the Wesport area,” said Victor Alston, CEO of Lux Living. “It’s historic and I also like it because of the streetcar project going in.

“I also think people are into that Katz Building, for whatever reason.”

It was the first major building designed by famed Kansas City architect Clarence Kivett, who used the Art Deco style for the landmark clock tower and Art Moderne for the remainder of the building.

The building’s future had been in doubt for years.

It was included on the 2019 Places in Peril list by the Missouri Alliance for Historic Preservation. It’s most recent owner was Redeemer Fellowship and was used temporarily as a studio for artists, but is now vacant.