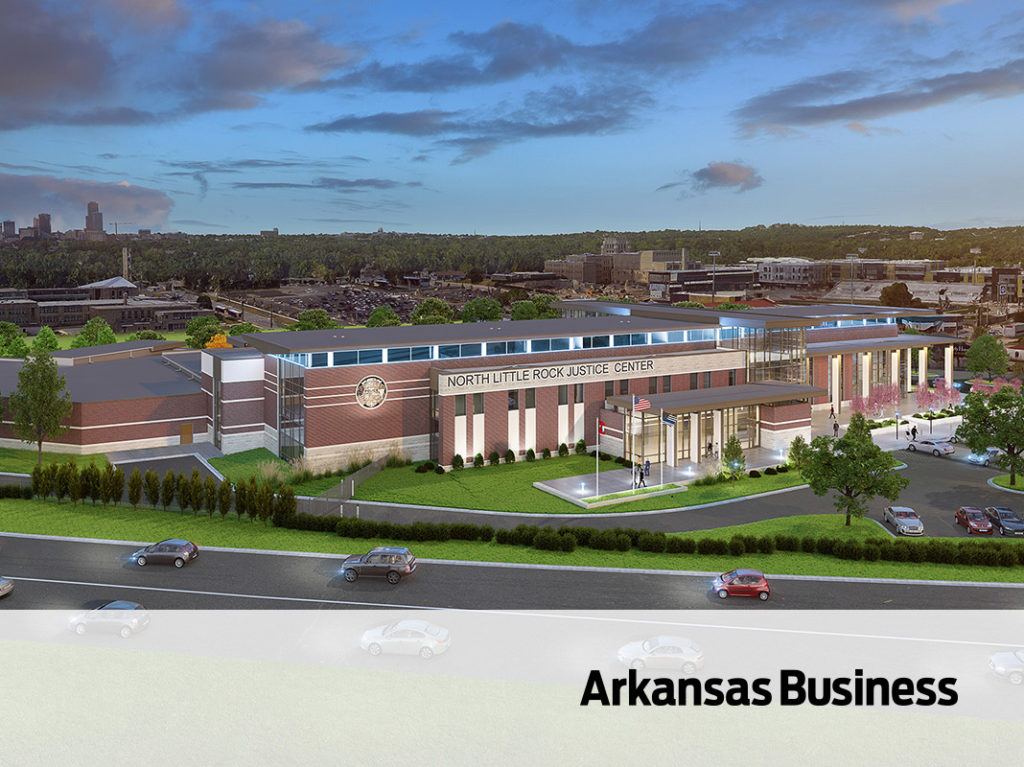 North Little Rock’s $30 million police and courts building is accelerating toward an under-budget completion in September, and planners hope the 90,000-SF complex will double as a kind of highway billboard for the city.

The high-tech Justice Center on Poplar Street just south of Interstate 40 will replace the 1961-vintage police and courts building blocks away on Pershing Boulevard, and will put the city’s courts under one roof with most of North Little Rock’s 191 sworn police officers.

Years in the planning, the project drew ideas from dozens of police officers and judges, including Capt. Jay Kovach, the department’s planning liaison. The complex, with two courtrooms and space for growth, was also a pet project of former Mayor Joe Smith, who left office as Mayor Terry Hartwick’s new administration took over in January.

“Their goal was kind of to create an identity for the city of North Little Rock,” said Chris Krumrei, part of the architecture team at Hoefer Welker in Kansas City, which completed the design. “A lot of people don’t seem to understand that North Little Rock is a city in its own right, and not a section of Little Rock. This building was an opportunity, right there on the interstate and basically JFK Boulevard, to be kind of a front door and get some signage that will provide that identity for the city.”

Smith, the former mayor, correctly predicted last year that general contractor Flynco Inc. of Little Rock would bring the project in under budget. Construction originally estimated at about $26 million “is coming in at about $20 million, so we’re pleased with that,” Krumrei said.

Flynco Vice President Ben Beggs credited the company’s construction team, estimator, project manager and superintendent for steady excellence. “The second reason was competition,” he said. “Better competition leads to better pricing. We had good competition on this project. This saved the city and taxpayers a substantial amount of money.”