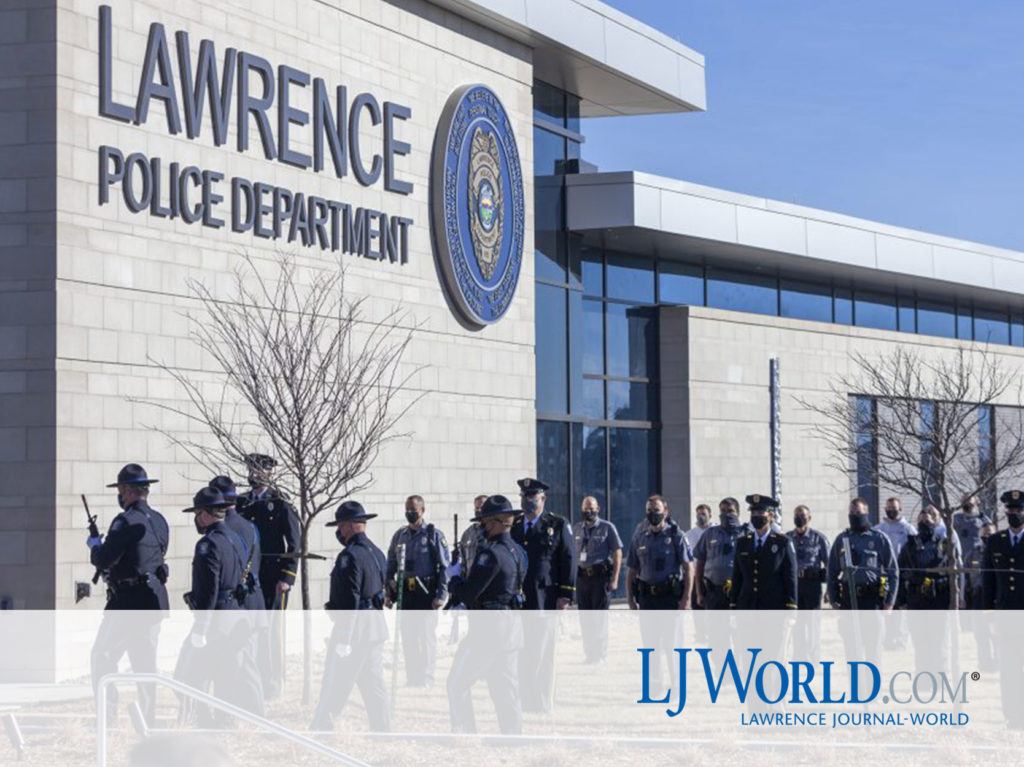 In the crowd gathered along the road in front of the nearly $20 million headquarters were former police chiefs, city staff members, city commissioners and other local leaders. Interim Police Chief Capt. Anthony Brixius thanked all those who worked on and supported the project, and he said the building and the long-discussed goal of uniting police staff under one roof would benefit the department and the community.

“This is such a historic occasion for us, and it will forever change the way that we are able to serve our community,” Brixius said.

The approximately 50,000-square-foot building will bring the department’s investigations and patrol divisions together, which Brixius has said will increase daily communication and interaction and help solve crimes. The building has a public entrance in the front and a staff entrance in the back that enters onto a break room for all department personnel. In addition to the tall windows at the front entrance, there are glass walls between different areas within the building.