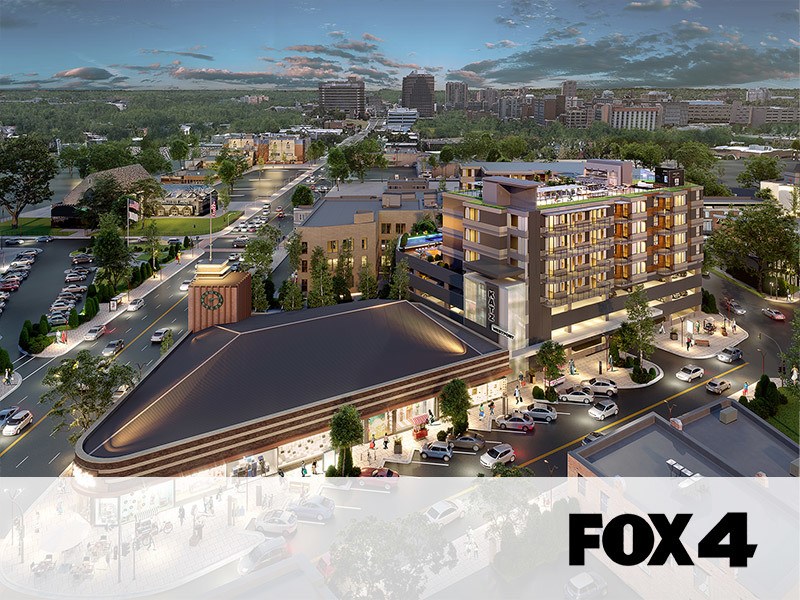 The art-deco design of Midtown’s historic Katz Drug, and its iconic clock tower, is suddenly red-hot with developers from coast to coast.

“They’re beginning to be more recognized for their significance as well as respected as structures worthy of preservation,” said Lisa Briscoe, executive director of Historic Kansas City.

Briscoe, and her organization, are throwing their support behind an ambitious proposal called ‘Katz on Main’. The plans call for a seven-story building with nearly 200 apartments above and around the old drug store and clock tower. Renderings also depict a swimming pool on the roof of the old drug store. A parking garage with spaces for 165 cars would go behind the complex.

“Our feeling is that that is an acceptable compromise, to enable the building to result in a new purpose and hopefully have a spill over affect,” Briscoe said.

The KC Planning Commission gave initial approval to the project last week. Final approval will still be required from the city council, among others.

But, so far, 4th District Councilmember Eric Bunch likes what he sees.

“It’s nice to see someone re-use it in a pretty creative way that adds more housing along the future streetcar line, so I’m excited for that,” Bunch said.

If the project is approved, construction could begin next fall.