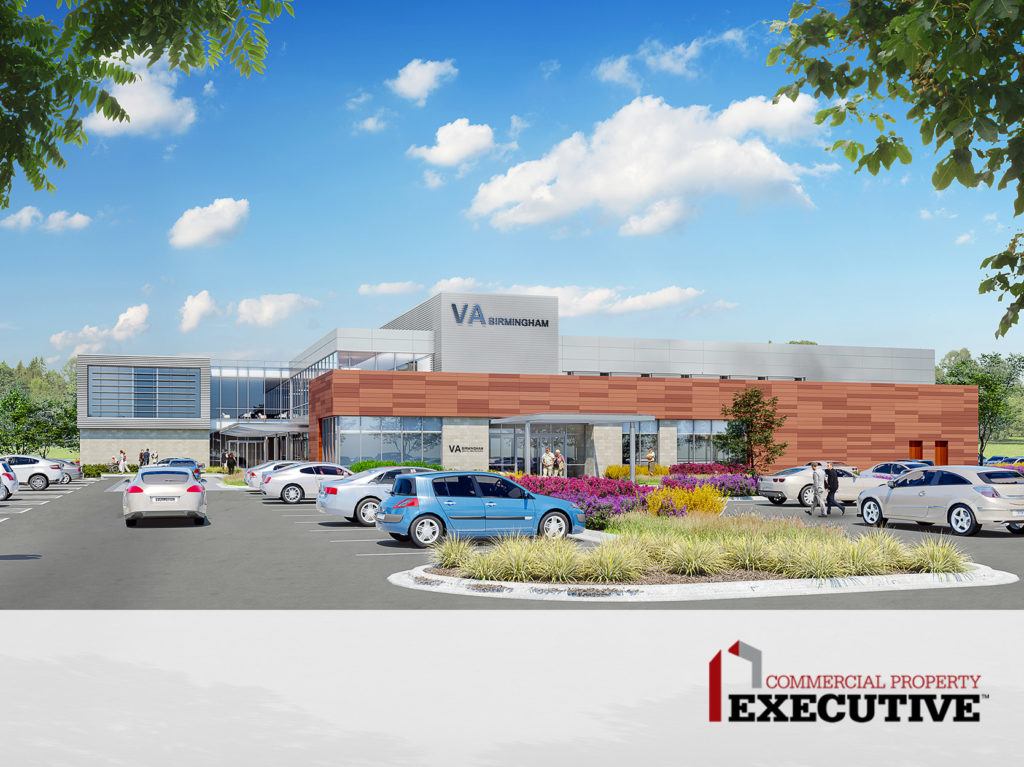 The health-care division of Hoar Construction has broken ground on a 60,000-square-foot mental health clinic for the Birmingham Veterans Affairs Medical Center in Birmingham, Ala. The general contractor partnered with U.S. Federal Properties Co., which also developed the VA outpatient clinic in Mobile, Ala., and architect Hoefer Welker. The $30 million project is slated for completion in fall 2021.

The two-story facility is taking shape at 7901 Crestwood Blvd., on the former site of Birmingham Garden Inn. According to the Birmingham Business Journal, the developer purchased the site for $3.7 million in December through its affiliate, CBC Real Estate Group. The U.S. Department of Veterans Affairs leased the space for 20 years, for a total cost of $76 million.

Upon completion, the clinic will assume all VA mental health services currently provided by the downtown VA medical center. Officials estimate that approximately 25,000 veterans will benefit yearly from a wide array of programs. These include suicide prevention, outpatient general mental health, peer support, outpatient post-traumatic stress disorder treatment and homeless programs, among others. The site is some 7 miles from the current Birmingham VA Medical Center, which will benefit from extra space and new programs once the new project delivers.