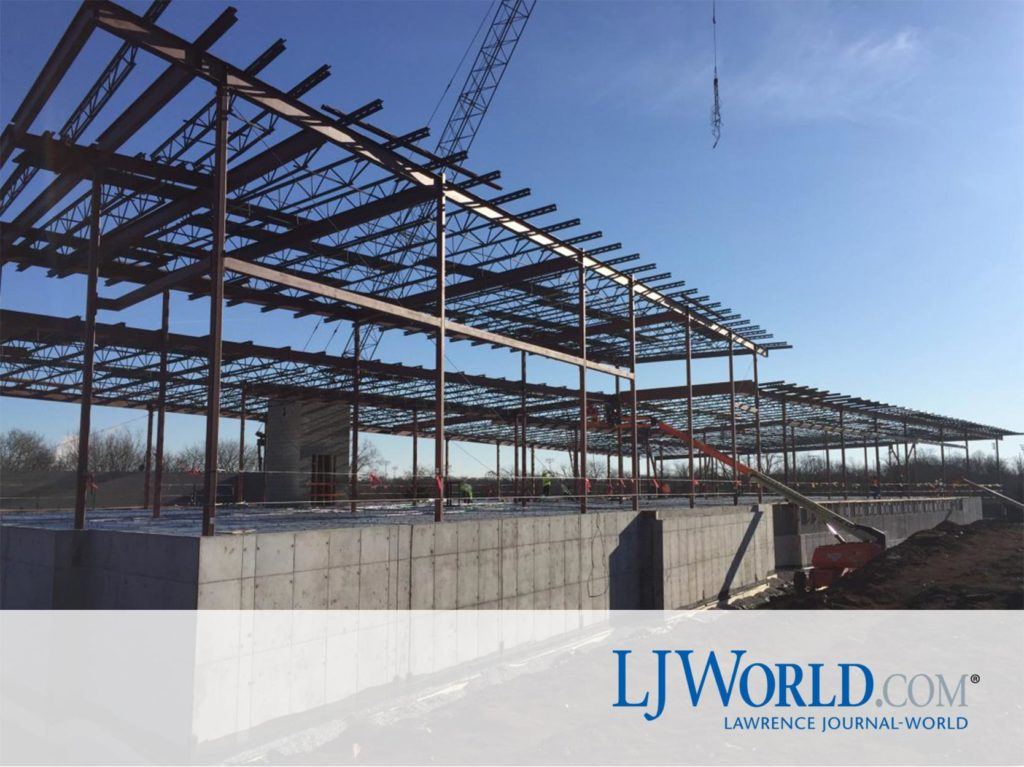 The project’s halfway point was marked with the placement of the final piece of the structure’s steel framing during a “topping out” ceremony on Friday. City staff, police and city commissioners who have been involved with the project signed the last steel beam, which was ceremoniously topped with an American flag and a small evergreen tree for good fortune.

The city expanded the project in the fall, enabling more functions and personnel to move into the building. Police Capt. Anthony Brixius, while providing a tour of the site to the Journal-World on Friday before the ceremony, said that the department hoped to be able to move almost all police and detectives into the building.

“We think that there are some possibilities to get all of our people who are actively responding to calls or doing investigations in this building,” Brixius said. He noted that the headquarters project, which will be constructed in multiple phases, could far exceed the original goals for the first phase.

As originally proposed, the first phase of the project included a significant amount of “shelled” or unfinished space, but city staff recommended that the city finish those spaces during the first phase to save money. In November, the commission voted unanimously to spend an additional $1 million to finish the space for three more police functions at the headquarters, bringing the total project budget to $19.5 million and potentially allowing the headquarters to house up to about 90% of sworn police staff.