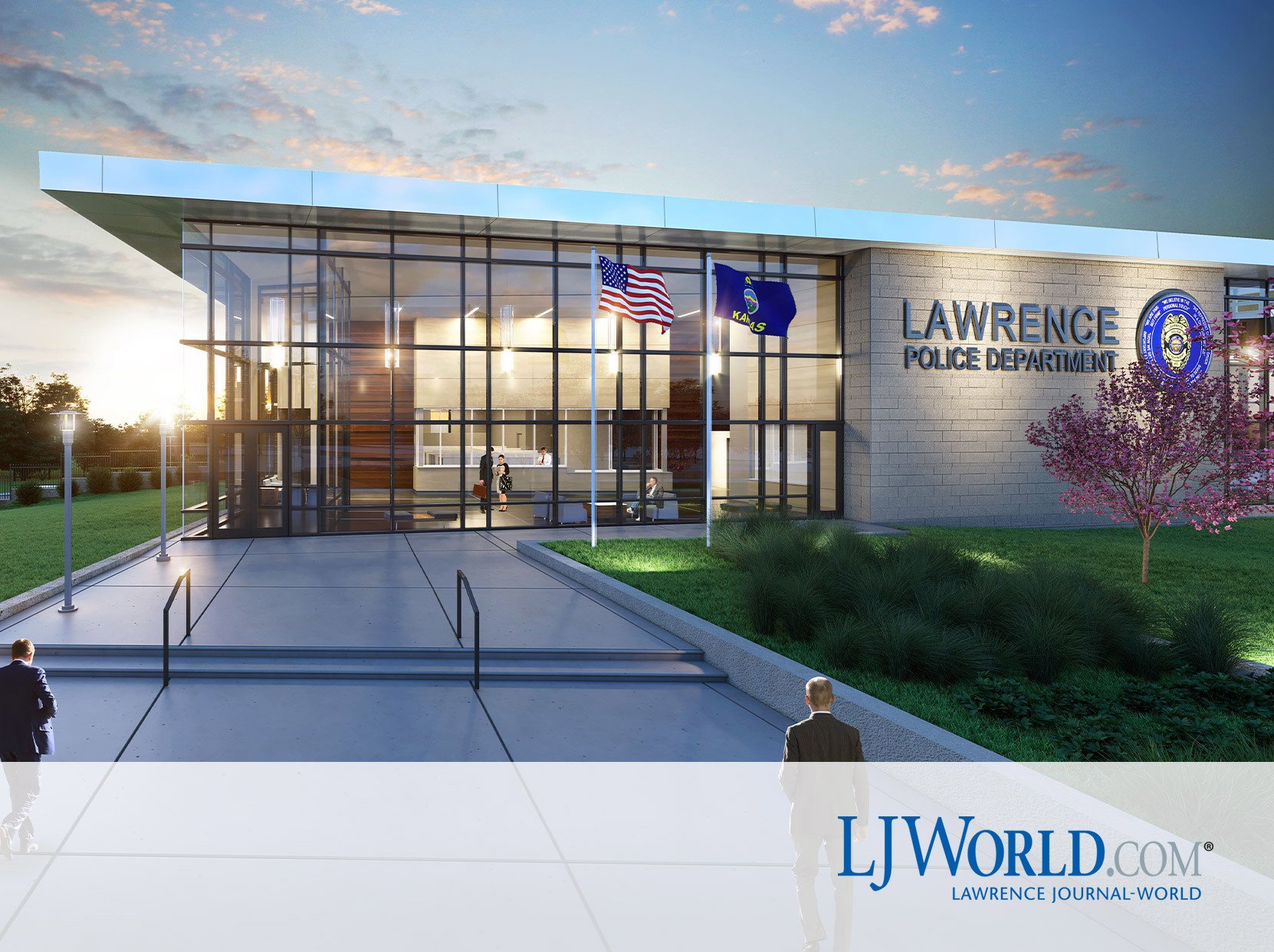 Construction on the city’s new $18.5 million police headquarters will begin next month, though the project could still add more than $1 million to its budget if city leaders decide to expand it.

As currently proposed, the first phase of the police headquarters project will allow the police department to move all its services — including its patrol, evidence and records divisions — out of the downtown building it currently shares with Douglas County. Under the $18.5 million price tag, the first phase does not enable the police to move services out of its training center in west Lawrence.

As part of its meeting Tuesday, the Lawrence City Commission unanimously approved an agreement setting the project’s guaranteed maximum price with Turner Construction at about $16.1 million. It also approved an architectural services agreement with the firm Hoefer Welker for $282,310. Additional costs, related to design and construction services and the provision of furniture and equipment, bring the total project budget to $18.5 million, according to a city staff memo to the commission.

However, as is, the headquarters includes a significant amount of “shelled” or unfinished space — for police investigations, administration and a crime lab — that city staff and architects told commissioners would be cheaper to finish now rather than later. Finishing the spaces for investigations, administration and the crime lab would allow those divisions to move their operations into the new headquarters building. The memo said that finishing those three elements of the building and adding landscaping irrigation and traffic control arms for secured parking would add $1.3 million to the project. The headquarters will be located on undeveloped land owned by the city at 5100 Overland Drive, which is behind the Walmart near Sixth Street and Wakarusa Drive.

“There are some significant cost increases if you don’t do it in this construction contract due to mobilization in future years, when you have to rebid it, and costs of inflation, depending on how far it’s pushed out,” Harger said.

Ken Henton, an architect with Hoefer Welker, encouraged the commission to “strongly consider” the possibility of expanding phase one of the project because of the additional cost of undertaking those aspects later. He said even though the shelled spaces would be unfinished, there would still have to be sprinkler heads, temporary lighting, temporary mechanical systems and temporary partitions. In addition to inflation, he said it would cost the city money to install and take out those elements.