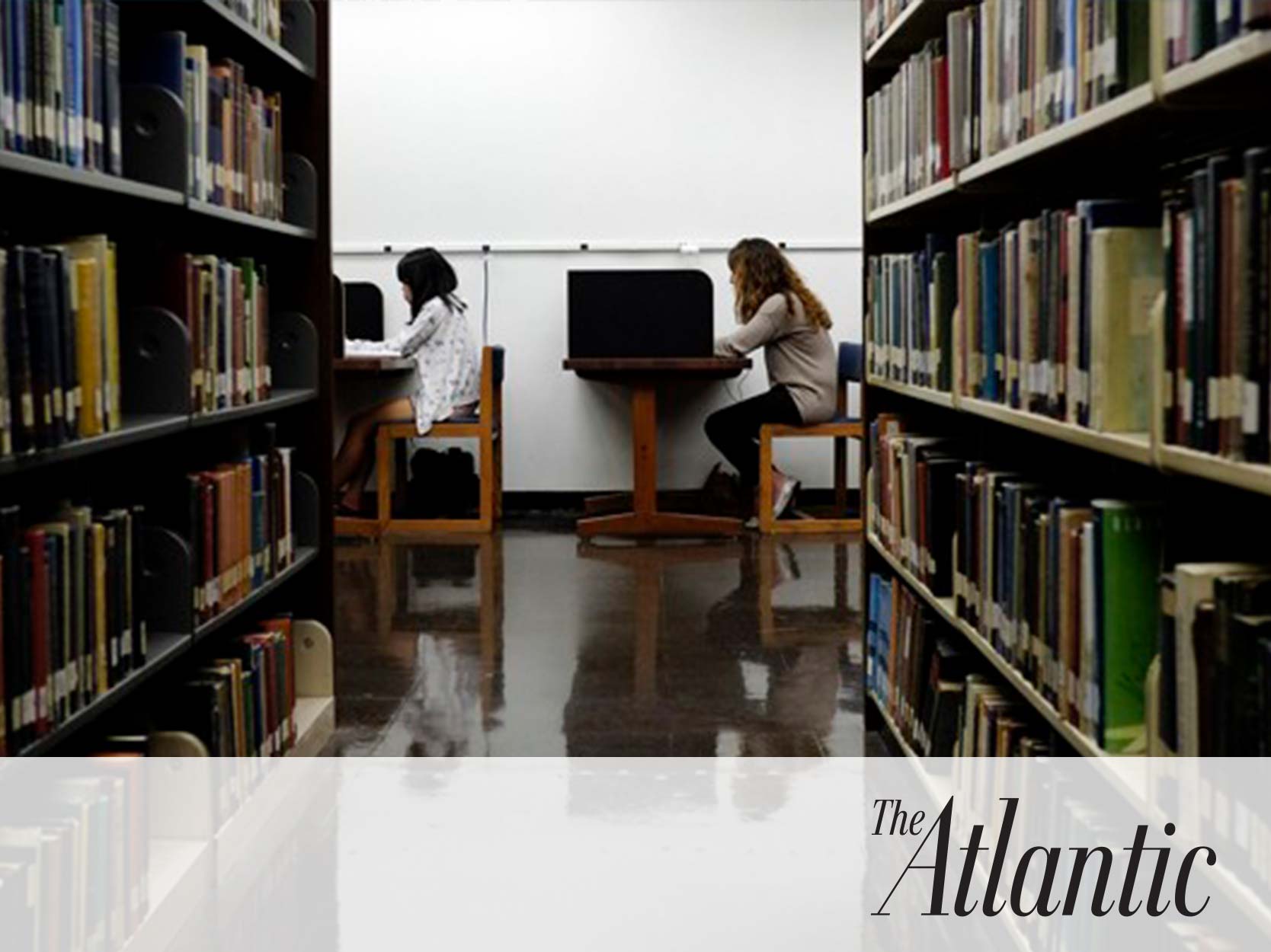 Back in the 1940s, college libraries had something of an existential crisis. Charles Gosnell, a prominent library-sciences scholar and college librarian in New York, suggested that shifting academic priorities and space constraints threatened to deplete certain book collections, particularly those in highly technical fields such as chemistry, economics, and education. By phasing out the seemingly antiquated books, perhaps libraries would also be divesting themselves of the titles’ particular perspectives or scientific frameworks, many of which could be invaluable. New books had begun to far outnumber older titles in libraries’ collections, a trend that Gosnell described in his article as “book mortality.”

Libraries pulled through, of course, but then the rise of the internet renewed fears of obsolescence. So far, the internet has not killed libraries either. But the percentage of higher-education budgets dedicated to libraries has been dwindling since the 1980s, and at many institutions there’s been a corresponding drop in reported spending on print materials while that on electronic resources has grown.

Likely in the hopes of proving that they have more to offer than a simple internet connection does, many college libraries are pouring resources into interior-design updates and building renovations, or into “glitzy technology,” such as 3-D printers and green screens, that is often housed in “media centers” or “makerspaces.”

The Claremont Colleges’  shared library now has a “digital tool shed”—“a technology-rich active-learning center,” according to a 2016 press release previewing the resource, where people are able to “try out innovative pedagogy” such as a data-visualization wall and cutting-edge video- and audio-recording software. Minnesota’s Macalester College library has an “Idea Lab,” which it describes as “a co-working space resembling that of many big tech companies,” where students can needle-felt miniature animals and wear virtual-reality helmets. The goal is, ultimately, to stay relevant and increase appeal. (See: the “Mad Librarian Escape Room” at Goodwin College’s library, which tasks teams of students with salvaging a rare book—a “precious volume!”—via clues they gather in a scavenger hunt.)

Yet much of the glitz may be just that—glitz. Survey data and experts suggest that students generally appreciate libraries most for their simple, traditional offerings: a quiet place to study or collaborate on a group project, the ability to print research papers, and access to books. Notably, many students say they like relying on librarians to help them track down hard-to-find texts or navigate scholarly journal databases. “Google can bring you back 100,000 answers,” as the writer Neil Gaiman once said. “A librarian can bring you back the right one.”